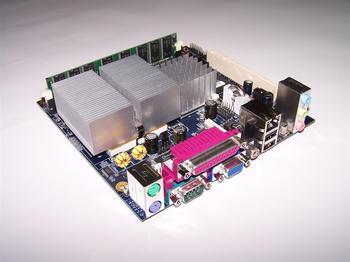 Ten years ago, interactive computing began to shape and make people's technology experience. Today, multi-platform, mobile, smart, and ready-to-connect are becoming the most important features in the evolution of computing, and AMD calls it the era of computing.

Targeting new growth points in the computing market
According to IDC research, intelligence increasingly penetrates into new areas of people's lives. In the next three years, the total amount of traditional embedded systems and intelligent systems will show an explosive growth trend and become an important driving force for the entire computing market. Juniper Researchâ€™s latest report predicts that the market for M2M (Machine to Machine) and embedded terminals will increase from the current 100 million units to 500 million units by 2017. Among them, the communications system and the consumer electronics sector will become the main direction supporting the rapidly growing M2M market.

In the area of â€‹â€‹surround computing, AMD introduced the new G-Series System-on-Chip (SoC) platform at the recent DESIGN West Show, focusing on high-growth markets outside the PC industry. According to ARUN IYENGAR, AMDâ€™s Global Vice President and General Manager of Embedded Services, AMD will implement a new growth strategy to promote the application of SoC and graphics IP in embedded devices. The goal is to bring its revenue to AMD by the fourth quarter of 2013. The contribution ratio increased from 5% in the third quarter of 2012 to 20%. At the same time, graphics, low-power servers, and clients will form the other three core directions of AMD's business.

The combined design of "CPU + GPU" has always been an important feature in the evolution of AMD's chip technology. Today, SoC is becoming the next step in the development of x86 technology integration. It can integrate APU (CPU + GPU) and I/O elements into a single architecture based on the same die, enabling higher levels of computation and graphics performance on a single chip. Arun Iyengar, vice president and general manager of Embedded Solutions at AMD, explained that AMD's embedded G-Series SoC platforms have 113% better CPU performance and 20% more graphics processing power than previous-generation G-series APUs, enabling parallel processing. And high-performance graphics processing. "As diversified smart devices penetrate into every aspect of people's lives, computing terminals and networking equipment need to achieve high performance, I/O connectivity and high energy efficiency in a smaller package. The G-Series SoC platform is a 33% smaller size per watt. The performance has been significantly improved, the design of full I/O integration has effectively reduced the material cost, and the SoC design of the CPU+GPU+I/O interconnection has both high performance and low power consumption and is ideal for various embedded applications. The advantages of the AMD G-Series single-chip solution, said Arun Iyengar.

AMD's embedded G-Series SoC platform is the industry's first true quad-core x86 monolithic system with enterprise-grade error correction code (ECC) memory support. The new SoC design provides scalability, allowing developers to flexibly develop applications on the same board design and software stack. Discrete graphics processors for drive applications that are integrated in AMD's embedded G-series SoCs previously required a discrete graphics processor, but with the addition of a new CPU architecture in an embedded G-series SoC platform, they can be supported without a screen or monitor. A deep embedded system or "headless" system that is used in the environment of the input device and does not require a graphics solution.

FGI `s Distribution Transformers have the characteristics of low empty load loss and low operating cost. The positioning and connection of the body is firm, so the effective protection of  Distribution Transformer is greatly enhanced. The overall structure is superior, the electrical performance is good, and the product reliability is high. The National Transformer Quality Supervision and Inspection Center passed all the tests for FGI `s electricity transformers including short-circuit withstand capability. The type of transformer contains Oil Immersed Power Transformer and Dry Type Transformer.