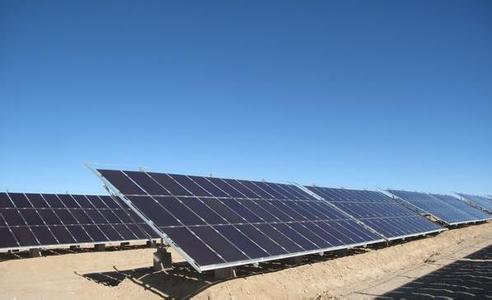 Since the beginning of this year, driven by multiple factors such as the resurgence of foreign market demand and the frequent emergence of domestic policies, the domestic photovoltaic industry has shown no signs of rebounding in the past one or two years. This momentum is reflected not only in the stock prices of several PV companies including China General Shares and the A-share market, but also in the continuous reversal of performance of some companies since the middle of the third quarter. The market has reason to expect that the photovoltaic industry, which once suffered severe overcapacity and the success of its performance, will slowly usher in another spring of development.

At present, a series of policy atmospheres that have been widely started in the domestic market, which are widely expected by the industry, have already begun. However, many detailed measures to implement these policy frameworks are still lacking. In particular, the contradiction between overcapacity is still very prominent, which may become the biggest â€œstumbling blockâ€ for the overall PV industry.

The performance of some companies reversed in the first half of the year. Affected by policy guidance and market forces, the development of China's photovoltaic industry has improved compared to the same period in 2012. According to statistics of Wind, among 17 companies that have released 2013 interim results in the A-shares photovoltaic sector, seven companies have seen positive growth in their first-half results from year-on-year growth. Among them, five companies have achieved profitability in the past year. . This kind of performance reversal will continue to ferment in the third quarter of this year.

According to statistics from Wind, as of October 24, out of the 36 listed companies in the photovoltaic concept sector, 28 listed companies have announced their third-quarter earnings forecasts, of which half of pre-commencement losses have already been announced. The number of companies with pre-job performance has continued to increase compared to the previous mid-year report.

Industry insiders believe that the demand for domestic PV products has started to increase with the introduction of domestic PV pricing policies and the arrival of the traditional peak season, while the operating rate of enterprises has been maintained at a relatively good level under the stimulation of demand, and the high operating rate has led to the emergence of enterprises. The pressure on cargo has been reduced, which has reduced the probability of price competition for grabbing customers. The stability of product prices will also drive the improvement of corporate gross profit and cash flow.

The contradiction of overcapacity is prominent. Although the performance of some companies supports the industryâ€™s expectation of a rebound in the photovoltaic industry, from the viewpoint of the entire industry chain of photovoltaics, whether the upstream manufacturing or the downstream power station development, the contradiction between overcapacity is still very prominent. This may be To some extent, it slows down the progress of the industry's boom.

From the perspective of the downstream power station development, although the current power plant construction enjoys a series of direct fiscal and tax benefits such as electricity price subsidy and VAT halving, the investment yield rate can maintain the level of more than 10%, but the current domestic intentions, signing agreements and ongoing The development and construction of photovoltaic projects has reached 130 GW, which is even more than three times higher than the national newly-developed target of the â€œ12th Five-Year Planâ€ with 35 GW of installed capacity by 2015. The problem of potential overcapacity can hardly be ignored. â€œAt present, the power station development has entered the blowout phase, and the participants are uneven. The fierce competition in the low-priced market has already shown a state of disorder. This will undoubtedly drag down the investment income level for power station development,â€ the analyst said.

In the manufacturing industry, the previously serious overcapacity situation has not been fundamentally changed. The process of long-term decapacity in the industry as a whole is still progressing.

This year, the overcapacity of the entire photovoltaic industry chain is still very serious. Data show that in 2012, there were more than 600 photovoltaic cell and module manufacturers in China, and the number of PV cells and modules decreased by 1/4 only in the previous year, but the total production reduction capacity may be only 10%. Moreover, most of these manufacturers are in the state of suspension and semi-cessation. Most of the production capacity is the new production capacity in 2011. The market has improved slightly since the beginning of this year, and these production capacities will quickly come back. This means that, in fact, the entire industry has not substantially advanced the process of capacity reduction.

It is a consensus in the photovoltaic industry that decapacity is closely related to whether the industry as a whole is picking up. If the excess production capacity can not be digested as soon as possible and the product price is low, then the gross profit margin level and funding status of the enterprise can hardly be significantly improved. As a result, the supportive industries are out of the downturn, and the incentive to enter the accelerated development phase is lost.

According to the data provided by authoritative experts, since the first half of this year, the domestic photovoltaic industry has reached a production capacity of 40 GW, and actual shipments have been only 11.5 GW, which means that the structural excess capacity is still significant. Therefore, it is still too early to say that the industry as a whole is picking up.

EDM (electrical discharge machining), is a manufacturing process used to obtain a specific desired shape in metal by applying electrical discharges(sparks),When it comes to using electrical discharge machining, the water serves as a key component. To get the best performance from an Edm Machine, the water must be kept as clean as possible. During the EDM process, some of the metal goes into the water as small particles. The water is filtered and deionized(demineralized) in order to remove those metal atoms. Deionized water helps to promote a higher metal removal rate and enhances the machine`s capacity to deliver a more precise cut. So the EDM water filter is very important component for EDM water filtration system.