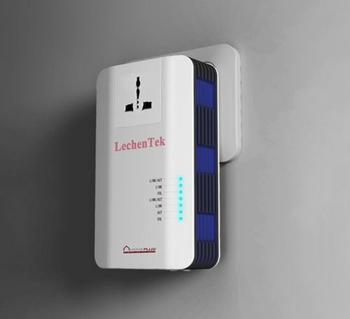 Power cats are also called power carriers or PLCs. The PLC industry has developed abroad for many years. Now, foreign developed countries have basically universalized the use of power line carrier equipment (ie, power cats). The domestic application of power carrier technology to civilian use is really from around 2008, when domestic network operators met the Olympic Games. The introduction of digital network television (IPTV) provides a hotbed for the development of power carrier equipment. Since 2010, with the popularity of home broadband, more and more applications have been made on the Internet. Domestic PLC manufacturers have also mushroomed. Some formerly involved in the production of network products. Because there are no strict industry regulations in emerging industries, some product quality is also mixed. Most manufacturers just replace the shell with the same solution, which is similar to the development of the cottage mobile phone. At present, the major domestic manufacturers include LecheTek, TP-LINK (beginning at the end of 2010), megahertz, etc., and with the full promotion of national triple play and the Internet of Things, it is believed that PLC products in the future will be more active and healthy. The direction of development.

â€œPower Catâ€ also draws on the advantages of Ethernet wired Internet access and wireless Internet access. Its flexibility is far better than that of wired networks, and its stability is more than that of wireless networks, bringing a different network experience to users. It can be used in multiple lines without laying network cables. It uses encrypted communication to be more secure than wireless Internet access. It avoids the phenomenon of â€œdark networkâ€; the transmission rate is faster and more stable; the output is only signals, no leakage, and its security is passed. National standards. Utilizing the existing power lines, the home network can be set up at an ultra-fast pace without destroying the home improvement and without the problems of wireless signal attenuation and interference.

Recently, the International Telecommunication Union has standardized home networking technologies including â€œpower cats.â€ Telecom operators in various countries, including China, have used â€œpower catsâ€ as a recommended product for home networks or a powerful model for existing home networks. supplement. With the continuous advancement of "triple play", "Power Cat" ushered in new opportunities for development. It solves the problem of repetitive wiring. The network signal can be transmitted to any location through wire plugs, and multiple services such as data, voice, and video can be carried on existing wires to realize four-network integration. End users simply plug in the power plug and they can access the Internet, receive TV programs, and communicate via telephone (even for video telephony). The power line is the most widely covered network, and its scale is unmatched by any other network, so it can easily penetrate into every family. In addition, the power line communication is characterized by â€œalways on lineâ€ and can be widely used in remote meter reading, security monitoring systems, and medical rescue systems, and is the best networking method for networking smart home appliances. Currently, smart TVs have built-in â€œpower catsâ€ on the market to provide broadband access and easily handle online applications such as high-definition video and games.

With the application of "power cats", it also solves the problem of multi-phase power consumption for large commercial users. Yili Power's commercial building broadband access solution solves the problem of multi-phase electricity consumption by commercial users by placing "electric bridges" between the electricity meters on the corridor and adding "coupled magnetic rings" to the incoming cables.

Although the concept of power line communication has been introduced for many years, related products have already come out, especially in Europe, but it is still in a â€œmarginalizedâ€ situation and cannot be opened. Li Changze, director of Yili Electric Power Market, told reporters, â€œThe current resistance to electric cats is mainly related to the absence of relevant industry standards in China. Only the State Grid has relevant standards in the electric power industry.â€ â€œPower catâ€ manufacturers can only Application promotion through cooperation with operators. Li Changze believes that the technology of the â€œelectric catâ€ is relatively mature and hopes that the country can give more attention to standards and policies.