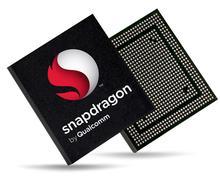 Qualcomm at this year's Taipei Computer Show announced that its Snapdragon 800 high-end chip will be used later this year on Windows RT 8.1 devices (which should be mainly tablet computers), and Snapdragon 800 is Qualcomm's current fastest ARM-based instruction set. chip. Why Qualcomm has to use its own fastest chip, or to use its own expertise to support the Windows RT (mostly based on the ARM instruction set chip and Windows system, including Microsoft What about your Surface RT)?

High GM's best "core" support for sales of the downturn Microsoft's Surface RT's real purpose is to stop Intel's foothold in the tablet PC market. As we all know, Microsoft has two Windows systems in the tablet PC market, which supports the ARM instruction set chip called Windows. RT, which has both Microsoft's own Surface RT tablet PC and tablet PCs based on the system launched by OEMs; the other is a Windows system that supports the Intel X86 instruction set chip, and Microsoft's own tablet PC is called Surface Pro. Here, the same is based on Microsoft's Windows system, but because of the difference in supporting the chip platform is divided into two camps: ARM + Windows and X86 + Windows. Among them, the ARM camp mainly includes Qualcomm, Invista, and Samsung, and these chip manufacturers mainly support tablet PCs based on Google's Android system, that is, ARM+Android. From the current pattern of tablet computer market competition, in addition to Apple's iPad accounted for about 40% of the market share advantage, the remaining market share is basically ARM + Android. In contrast, ARM+Windows and X86+Windows have a very small market share.

In the chip market of the ARM+Android camp, mainly Qualcomm, Samsung, and Nvidia compete with each other. Although the later Intel X86 also expects to use Android to occupy a place in the tablet PC market, the actual performance is far from satisfactory and its market share Basically negligible. Similarly, in the ARM+Windows camp, Microsoftâ€™s own Surface RT is mainly used alone, and there are very few OEMs following it, especially since Samsung used Windows RT version in its own tablet, but it was soon due to poor experience and sales. The discontinuation of sales has further exacerbated the sluggish sales of Windows RT tablets. Even the outside world has repeatedly suggested that Microsoft should abandon the Surface RT (aka Windows RT) tablet.

At the same time, the Microsoft Surface Pro released after the Windows RT version showed a good momentum of development, but the Surface Pro adopts Intel's X86 chip, and the typical Wintel portfolio is showing its strength in the tablet PC market. Following this, the future result is likely to be the main chip partners of Microsoft Windows Tablet (including Surface RT) from the current Samsung, Nvidia to Intel, at least Intel in addition to the Android platform, an additional Microsoft Windows platform to enter Tablet market.

Importantly, in this Computex, Intel announced that Samsung's latest GALAXY Tab 3 (10.1 inches) has adopted the Intel Atom Z2560 processor (research and development codenamed Clover Trail+). In addition, the Samsung GALAXY Tab 3 (10.1 inch) tablet also comes with an Intel XMM 6262 3G modem or Intel XMM 7160 4G LTE solution. As the industry knows, in the tablet PC market, Samsung is second only to Appleâ€™s second-ranked manufacturer. Its brand and competitiveness are evident. Intel can let Samsung use its own chips in tablet computers, at least to prove that Intel already has The Tablet PC market competes with ARM-related vendors. In particular, Intel's chip's performance advantage is one of the main reasons to attract companies. Although it is still mainly supported by Android, given the good performance of Surface RT in the early days, Wntel's combination of tablet PCs will make this advantage more obvious in the future, and it will occupy more of the tablet market share.

Intelâ€™s support from Samsung proves that it has the strength to compete with the ARM chip in the tablet PC market and has made Qualcomm feel the threat to the above situation, and decided that Qualcomm must save and support Microsoftâ€™s Windows (in this case, Windows RT), and Use your best chip. This will allow Microsoft to compare the performance of two different chip platforms, who are better, and then spread or prevent the combination of Microsoft and Intel in the tablet market, which is to contain the Surface Pro version (including the use of Wintel combination of the OEM tablet (computer) growth. The second is to enhance the competitiveness of Microsoft's Surface RT, so that Surface RT narrow and beyond the same ARM-based instruction set using other chip makers Tablet PC, so that Surface RT survived, of course, behind the goal is still hope that Microsoft is working hard to develop Surface RT, let It reduced its cooperation with Intel in Surface Pro to prevent Intel from finding a foothold in the tablet PC market. The third is not only to reduce the cooperation between Microsoft and Intel, but also to occupy a place in the Tablet PC ecosystem of Windows, to always use Microsoft to make Intel feel pressure.

It seems that Intel really made Qualcomm feel threatened in the mobile internet (tablet PC and future smart phones). So can it stop Intelâ€™s offensive in the Tablet PC market?