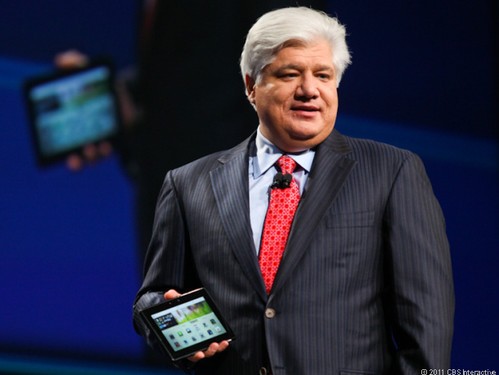 December 16 news, according to foreign media CNET report, RIM said on Thursday that the use of next-generation operating systems, mobile phones will not be available until the late 2012, the reason is that the supporting processors will not be listed until the middle of next year.

Mike Lazaridis, co-CEO of RIM, said that BlackBerry 10 needs a low-power dual-core chip with an integrated LTE network, but this kind of chip will not be available until mid-2012, so a new generation of mobile phones will be postponed.

Another co-CEO Jim Balsillie said, "We are planning to adopt a comprehensive advertising and promotion program." RIM plans to increase its promotional activities in the United States and around the world and it is expected that these activities will be "coming soon."

Balsillie said that he and Lazaridis will give up their regular annual salary, taking only 1 US dollar per year, effective immediately.

RIM's next-generation operating system BlackBerry 10 is considered to be RIM's life-saving straw. The previous expectation is that it will be released early next year. However, this delay means that competitors can continue to expand the leading edge of RIM.