Harvard's machine bees have been on fire for many years, but recently they have had an intersection with autonomous cars.

This little bee has a mission to revitalize agriculture and disaster relief. Because scientists in Europe and the United States have found that the mortality rate of bees has reached a record high in recent years, crops cannot be pollinated naturally, and they will develop into catastrophic events that affect agricultural output value. In the rescue field, the disaster area is harsh, whether it is rock cracks or Underwater, more flexible tool assistance is needed. So scientists decided to build a batch of machine bees to save lives.

Since the first exposure in 2012, this coin-sized bee has continued to advance. It learned to take off and land in 2013 and fly according to a pre-programmed route. At the beginning of this year, the researchers changed the frequency of wing flapping, so they got the swimming skills. After cultivating airborne underwater capabilities, the researchers decided to create a pair of eyes for mechanical bees. 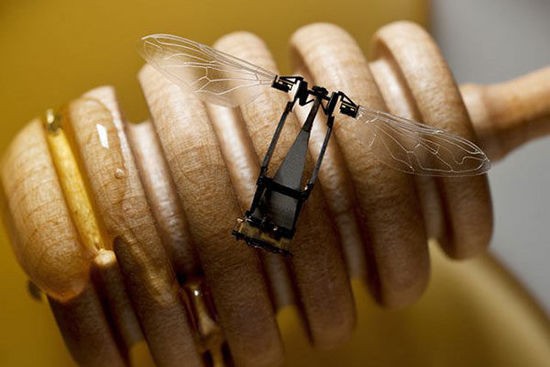 The first thing they thought of was installing a camera. But traditional cameras are not up to the daunting task. It is envisaged that the camera standard is two, the installation spacing must be minimized, so that the bee can be as good as human, with a fine three-dimensional visual perception. The reality is more skinny, the machine bee is slender, it is difficult to find a miniature and lightweight camera to match it.

So the researchers thought of the laser radar. Lidar works similarly to ordinary radar and sonar. The distance and shape of the obstacle are determined by the return time of the light wave. It can use the laser beam to "draw" a stereo image of the surrounding environment. This advantage is unmatched by ordinary microwaves and sound waves.