VR Daily reported that on October 25, Xiaomi held a new product launch conference in Beijing. The official version of Xiaomi VR glasses was officially unveiled at a price of 199 yuan. It is suitable for the flagship mobile phone of Xiaomi 5/5s/5s Plus/Note 2 and will be 11 Open beta on the 8th of the month.

Yesterday, Xiaomi VR announced on the official Weibo that it will be the first official version of VR on Xiaomi.com on December 15. Why choose this date because the Xiaomi VR series will be launched during the Double 12 period. On the day of the Double 12 Shopping Festival, the Xiaomi VR â€œPLAYâ€ version will be sold at Xiaoyang.com, Tmall and Jingdong at a price of 39 yuan. 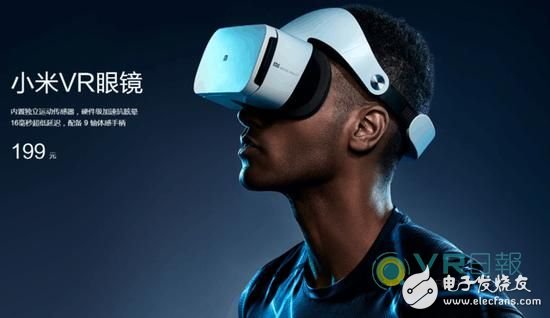 The official version of Xiaomi VR uses white main color in the design, adopts integrated headband design, and the overall appearance is modern and simple. The skin-friendly soft island velvet fabric is used in the contact between the skin and the skin. The glasses are equipped with a distance sensor that detects the presence of the user and immediately activates the device. It also incorporates a pitch adjustment wheel that supports up to 600 degrees of myopia and 200 degrees of farsightedness.