With the continuous upgrading of intelligent HDTV hardware devices, manufacturers have begun to compete in TV software when encountering bottlenecks, and the backbone of TV software is the TV operating system. This is similar to the operation of mobile computers and other devices. Like the system, a good system will bring a spring to a product. After all, people pay more and more attention to the operating experience brought by software. 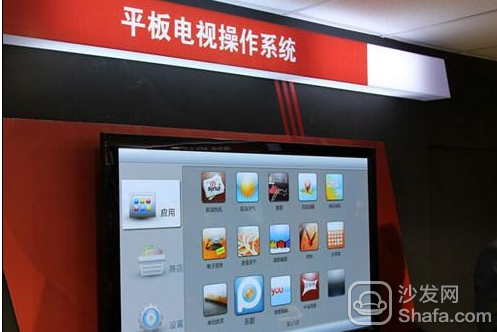 Android operating system into the mainstream of smart TV

At present, the Android operating system is the mainstream choice for smart TVs, including TCL, Konka, Skyworth, Sony and other TV manufacturers have launched Android smart TV. Since the Android operating system is a fully open platform, software developers can easily develop various program applications and create a large amount of application content.

Recently rumors that Apple will be involved in the smart TV market, launched a smart TV based on the iOS system. At present, the number of Apple iOS application programs has exceeded 500,000. As long as a part of the application is turned into a TV application, this number of orders will be unmatched. In addition, the Apple iOS software development mechanism allows more developers to be happy to develop Apple's applications. In the future, everyone will likely see a lot of Apple's excellent TV program applications. However, from past experience, Apple's iOS system is only used in its own products, other TV companies can only choose other systems.

In the market, you can see that the operating systems of windows are installed on smart TVs such as TCL, Haier and Hisense. The windows operating system has accumulated a large number of applications on computers for many years. If these applications can be converted into television applications, this will be unmatched by other systems. However, this idea is currently unworkable on mobile phones and tablets.

This kit is used for qualitative detection of New Coronavirus(2019-ncov) antibodies in human serum, plasma and venous whole blood samples in vitro.