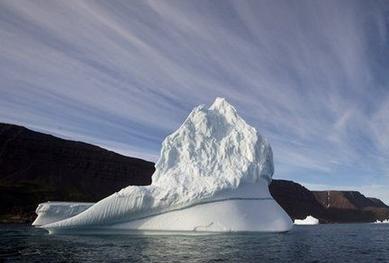 The Norwegian Space Center has partnered with the Norwegian telecommunication satellite broadcasting company to evaluate the possibility of setting up new satellite systems in the northern region outside the current coverage of the geostationary communication satellites. Bo Andersen, director of the Space Center, told the Associated Press that if the satellite system can obtain the necessary funds from private and public resources, it can be put in place within 10 years. The cost of this project is estimated at 200 to 400 million Norwegian dollars (330 million to 650 million US dollars).

Norway is evaluating the feasibility of providing high-speed broadband service projects for the Arctic region.

As ships, fisheries, and oil companies move north, the demand for high-speed networks in the Arctic continues to grow. Last year, the area covered by sea ice in the Arctic region fell to the lowest point in history. Andersen said: "The geostationary satellite orbits above the equator and can reach as far as 75 degrees north latitude. But the signals outside this dimension become very weak, and the only option is to provide communications and limited data services. Another satellite network. We clearly see the increasing demand for broadband in high-altitude Arctic regions."

Ola Anders Skauby, a spokesperson for the Norwegian national oil company, said: â€œAs offshore companies move north to find oil and gas, the new satellite solution will be very beneficial. Our exploration of the Arctic needs to solve many problems: safety Operations, logistical supply, weather conditions, etc. Broadband coverage in some areas further north is also part of demand." The Canadian Space Agency has been studying a similar system. Melanie Beauchesne, a spokeswoman, said: â€œThe Canadian Space Agency has completed a project feasibility study, but is still negotiating with potential public and private partners in Canada and abroad to determine a possible cooperation program and eventually achieve this project.â€

Wire harness and the surrounding parts shall be even and sufficient distance shall be kept from the heat source,

Considering the protection against electromagnetic interferencee,